An angle no one else could have

A racing scenario like the recent cyclocross Worlds' is rarely seen. Throughout the weekend, cycling fans were captivated by the performances of the sport's biggest names as well as Ostend's imposing beach of and the North Sea's impetuousness.

Halfway on the men elite race, a black spot emerged from the water. The alien presence appeared about ten meters from the shoreline on which Wout van Aert was desperately trying to keep Mathieu van der Poel's pace. It took a couple of laps, and a good amount of waves, to understand that it was a photographer, a man on a mission for his own perspective.

After a quick Instagram investigation, we discovered that the mysterious diver (and in his own way one of the protagonists of the championships) is called Maarten Van de Velde. We reached him to ask a little bit more about the 2021 cyclocross Worlds from his unique point of view. 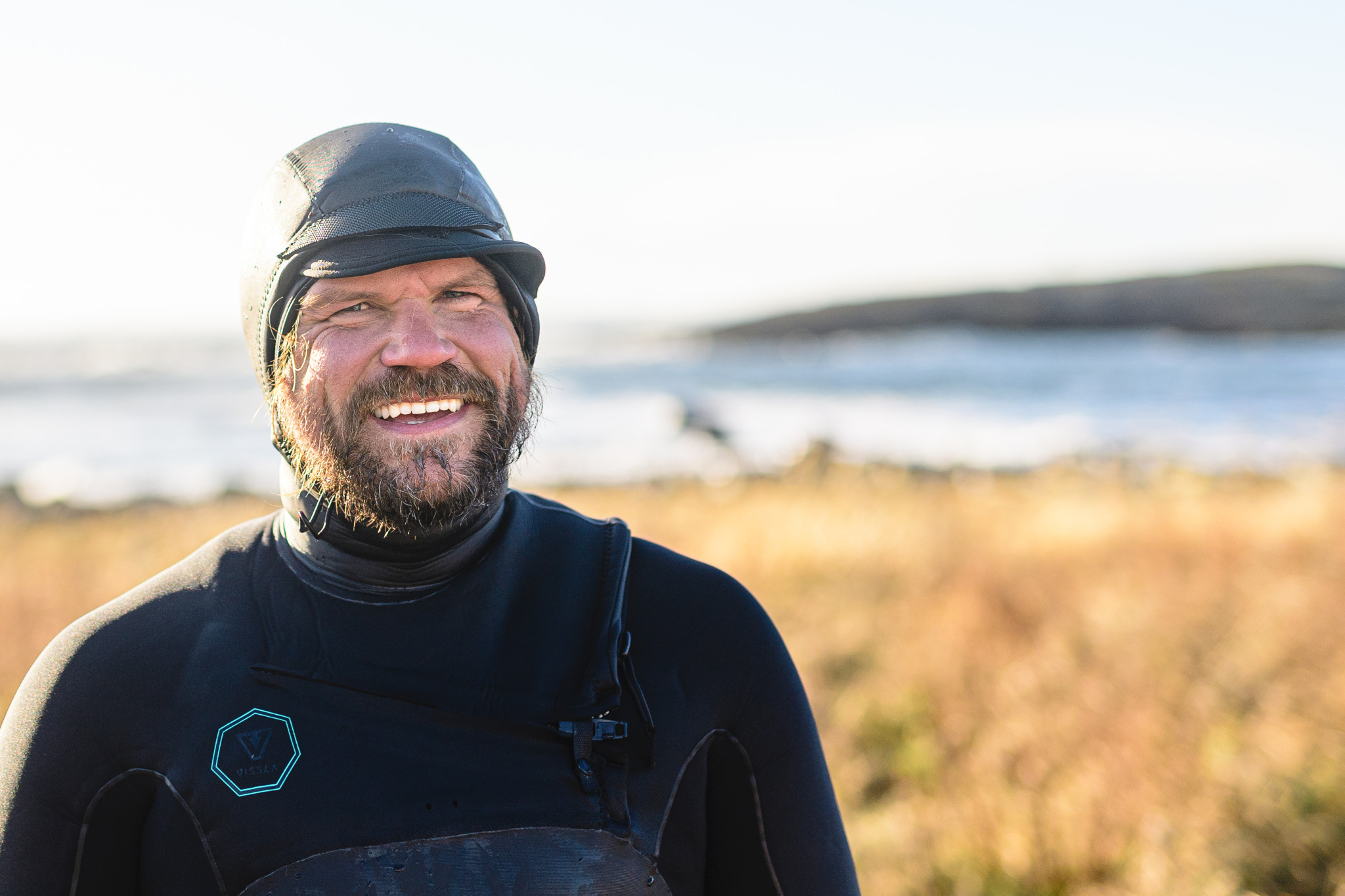 Hi Maarten! Your Instagram bio says "salty-sports photographer". Can you tell a little bit more about you?

Hi everyone! I am a long time surfer, national Belgian champion in 2002, who since a couple of years discovered a passion for photography. I decided to combine these things in 2017 by investing in a waterhousing for my camera and starting to swim and taking pictures between the surfers.

I found that swimming with the camera in the seas and oceans is therapeutical for me. Since the age of 16 and until year 2019 I have been battling with episodes of severe depression, and this passion works like a natural anti-depressant. It takes me away from thinking too much. It absorbs all my attention and works as “instant-mindfulness”.

You are Belgian, but this seemed to be your first professional encounter with cyclocross. Are you a cycling enthusiast?

I do really love cyclocross, as it is typical Belgian and more specific Flemish, the region where I originate from. In road cycling I’ve always been a big fan of Serge Pauwels, who now is part of the national coaching staff with Sven Vanthourenhout. Serge lives in my same town, we are friends.

How did this adventure at the World Championships come out?

It was a gamble, to be honest. I was watching the ladies race and saw how they rode close to the water with some nice small waves. I saw all the photographers and thought "How cool would it be to go swimming with my camera and take pictures from a different perspective, an angle no one else can have?"

The problem is it was way too late to sort out accreditation and permissions. I asked some people advice: some photographers in the field I know a bit, a TV cameraman and a policemen. And they all said I should do it. The beach was closed to the public, but nobody said that the sea was closed!

As I got out of the water, I did get followed by the police. They wanted to talk to me, but soon I managed to convince them that I had no bad intentions at all, and we had a laugh together.

How were the water conditions, compared to the most difficult situations you have faced in your photographer experience?

It was one of the coldest days I’ve ever been in the water! I think the air temperature was about 2-3 degrees, and the water about 5-6 degrees. And then this strong easterly wind, the coldest wind we have in winter, cutting through everything. But apart from the cold, the sea was very nice. Waves were nice to me, compared to other days I’ve been swimming.

It was nice to be shooting towards the beach, as almost always I’m facing the sea looking at the coming waves and sufers. I got some washes, but they were rather "friendly". I did love to do this, and would definitely be open for more similar challenges if people would offer opportunities to me!

Did Mathieu van der Poel look strong also from the water, as he did from TV?

Yes, he did! Though I must admit Wout also looked very strong, and I wonder how the race would have turned out without the puncture... I absolutely love how this season the duels between Wout and Mathieu are closer than in the past. Let's say I support them both.

Finally, what is the most important quality a “salty-sports” photographer must have?

I guess it is a combination of knowledge of the sea, of the currents and the waves, and a desire for adventure. You get beaten by the waves, as you are always in the impact zone. You have a few seconds to focus, compose, shoot, take a breath and dive under the wave, making sure not to get hit by the surfer. And when you come up, all of this repeats.

Have you sold some of the pictures you took in Ostend?

No, I haven’t sold anything yet... Right now I have no connections in the cycling world, so I simply do not know where and how to start haha!

In any case, my main Instagram page is @mvv_photography. I also have a more creative account, @northseaker, dedicated to seascapes and waves. Everyone interested can reach me at maartenvandevelde@hotmail.com. Thank you all for your interest!