True to myself - A conversation with Tao Geoghegan Hart 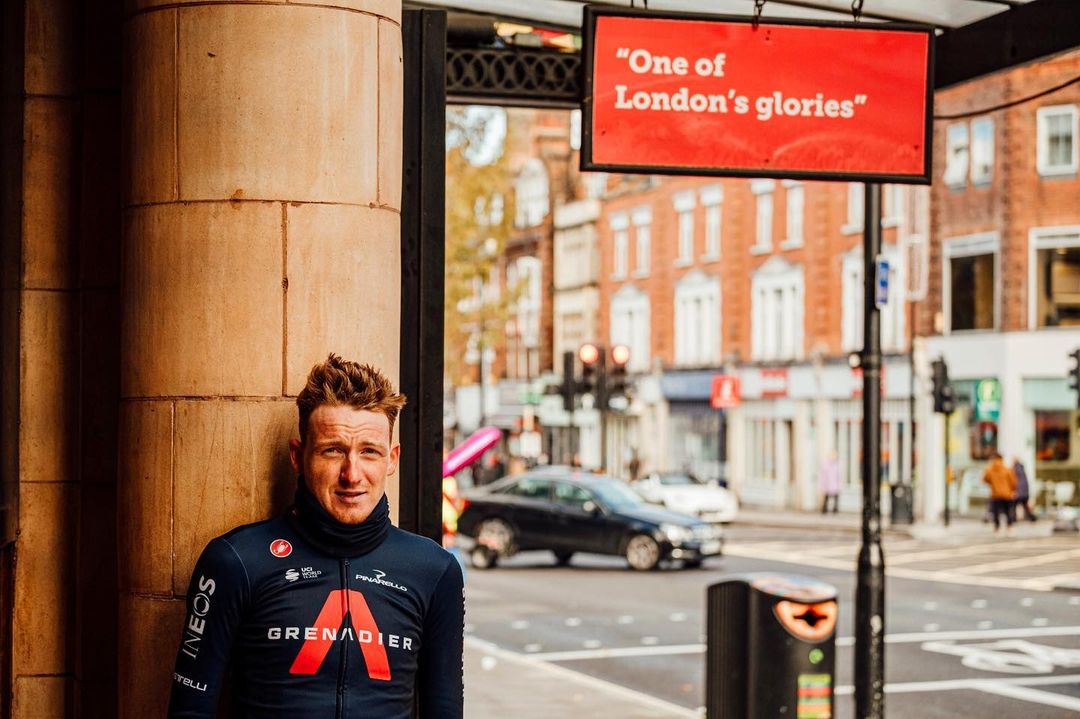 The last two editions of Giro d'Italia have given us the chance to know better Tao Geoghegan Hart as a cyclist and as a young man. Last October we also chatted briefly with him, realizing how much he is passionate about his sport, and curious about everything about him.

This is why we have decided to reach him, now that season 2020 is over, for a long email conversation. In this interview the fresh winner of the Giro talks about lockdown and celebrations, about London pitches and Maglia Rosa; of course, about Italian food. This article has also been translated in Italian by Leonardo Piccione and Filippo Cauz, here. 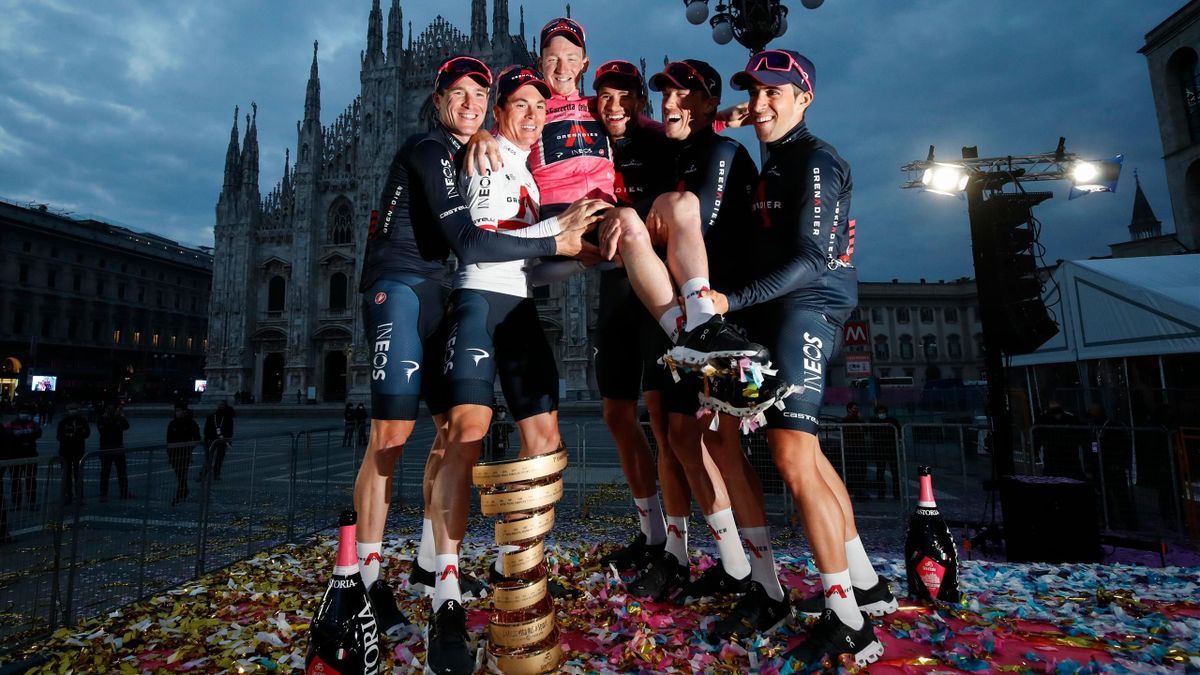 Ciao Tao! So you are finally back home. How is going with the new restrictions just in place? Are you planning to spend there the next weeks?

Hi guys! Yes I am in Hackney. It has been really nice even with everything going on. Of course there have been no nights out or big parties, but on the other hand it has afforded me the chance to sit 1 on 1 with friends, over a coffee in the park, which is a great way to catch up with someone and be completely focussed on the conversation.

Now with the new rules, professional athletes have a little protection over their training and competition, so I am still working out exactly what I will do this winter etc.

Speaking of home: did you have the long-awaited dinner with your family that you told us about the last day at the Giro?

Yes. Even this dinner was of course different than anticipated, but it was very nice. We had a few, the first was a fried tofu dish that my step-mum made, and the second a big homemade curry. With all my siblings it is a very busy and lively table together.

You seem to have a very strong bond with your young brother Bede: would you say you are a role model for him?

I am not a role model for my brother, he is a very independent and strong person and stands completely on his own two feet, which I am very proud of, of course. He recently started a new job, so we have spoken a lot about that. 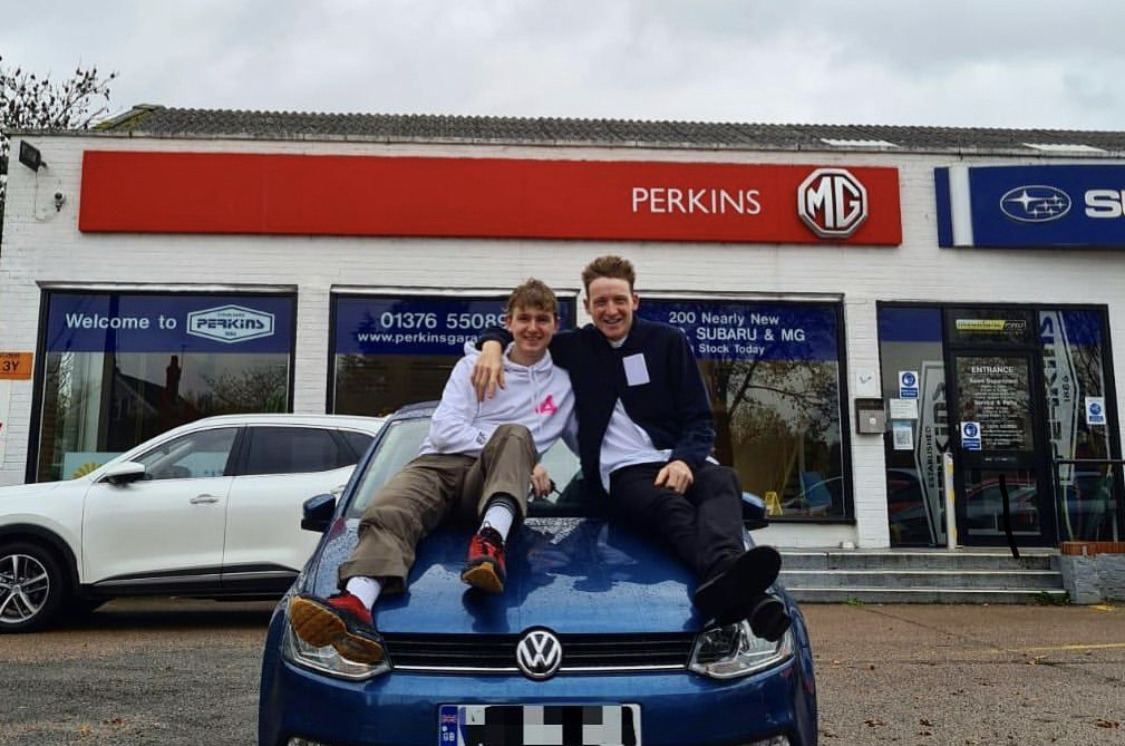 Your “Just another Sunday” tweet, on the Giro’s last day, was something special and kinda moving...

Yes that tweet was just something small that I sent before I turned off my phone that morning, but it was something many people have spoken about, which is always strange when something is just a natural thought that you just did spontaneously. I think the way that I grew up, the weekends with my father are very memorable because of different reasons and that is when we would go to the flea market together, or he would take me to football when I was very young. Sundays became all about cycling when I was about 14 or 15, so I think I have a lot of sentimentality for being able to wake up on a Sunday and it’s not a race or long training ride, as it has been for the last decade now, offseason aside.

Can you tell us something more about your beginnings as a football fan, a swimmer and - eventually - a cycling enthusiast?

When I was young I just loved sport. Very much football, as I still do. But then later more endurance sports, first swimming and then cycling. Riding a bike was nothing new to me, as a mode of transport, but as a sport it was something completely new: I had no family or friends tied to it, so it was interesting to discover and learn for myself. I think back then it was much harder to discover, without all the new media, online, written, video etc. Cycling has become immeasurably more popular in the UK, so there is much more resource to learn.

What did cycling mean for you, back then?

First I just rode my bike, out of London on the weekends, before I started to race, little by little, and ride more and more. The sport was completely different to anything I had done prior. Our lives existed very much within London, even a far away football match would be South or West London, whereas cycling was the opposite, I would leave London every ride, and of course all the races were very far away, whether in the UK, or shortly after in Belgium and Holland as I started to really do more and more… 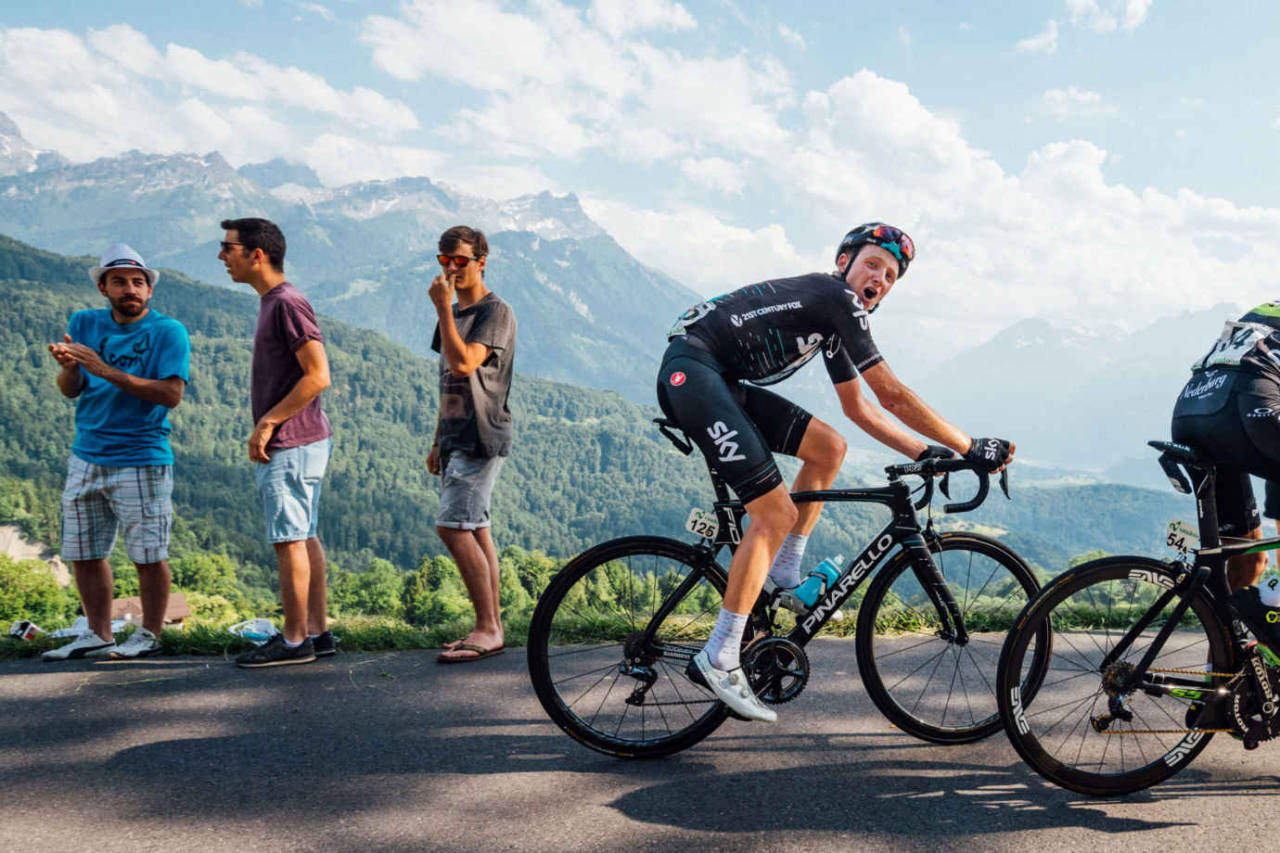 Fast forward to the last Giro d’Italia: how much do you think this victory will define the rest of your career?

I have no idea how much this will define my career. I can only control how it will define me, which I don’t believe that it will. I will remain true to myself. That said, I think it would be incredibly disrespectful to not acknowledge that this victory is hugely important, because the Giro is one of, if not the, most romantic and prestigious - and frankly cool - races on the calendar. We know there are three grand tours, but the Giro really stands uniquely amongst those, with the Italian culture and the tifosi and everything it represents within its part of history, both within cycling, but also importantly Italian culture.

I think this Giro will be remembered for simply having started, amongst this most turbulent of years, so to win, and for it to come down to seconds on the final day of racing, is something that is of course even more special. But the fact that we raced, that everyone remained safe, that we were able to visit almost all of italy, is also a victory, and worth remembering in itself. 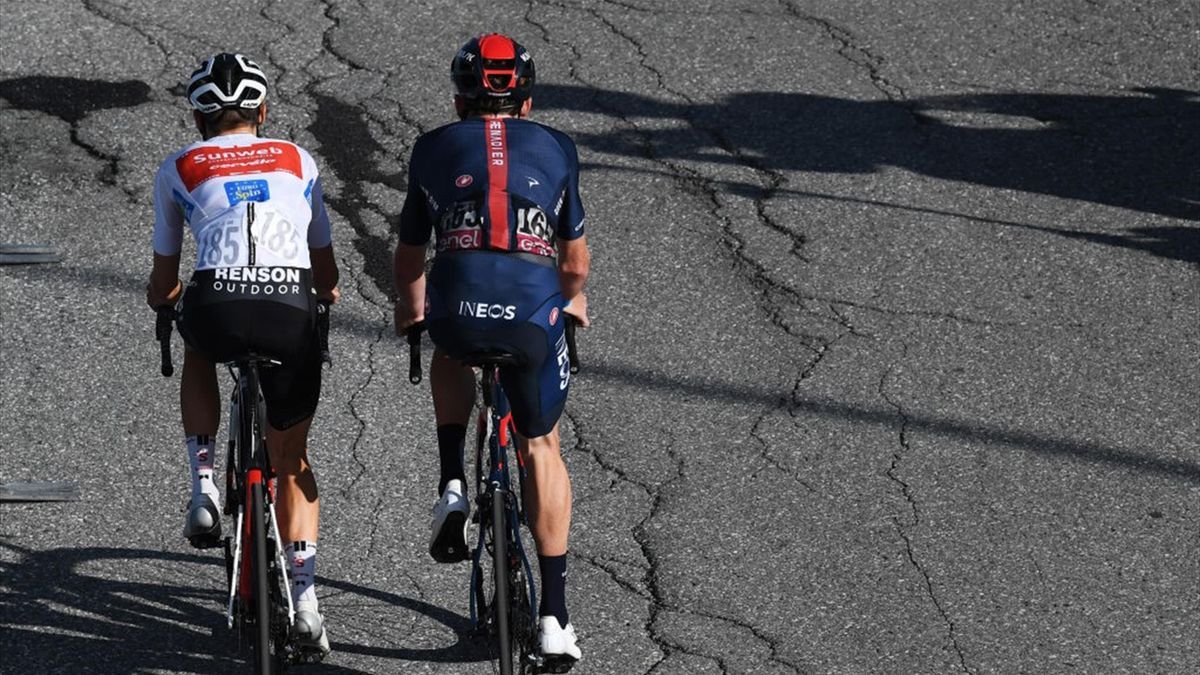 Do you fear that success might in some way undermine your passion for the sport?

My passion for the sport is separate to my own career. I think the bicycle is an incredible tool that can change lives, with nothing to do with sport. The sport of cycling is maybe 1% of the bicycle, if not less. And the same goes for exercise and simply being outside: this is my true passion, something I have always felt, and that 2020 has reaffirmed more than ever.

Can you sense a sort of contrast between the joy coming from the most important result of your career (until now) and this difficult, unprecedented context in which it’s even impossible to celebrate in a proper way?

No, I don’t feel a contrast. I consider a privilege to have given people a distraction, and for those in Hackney and London, and the UK, and those who have followed my career or simply just enjoyed the Giro, to have had something to celebrate, in whichever way, this autumn. I think this time of year is hard, the light goes and after a year in which the summer was so so important, it is difficult to adjust, especially with much of our social and engagements outside the home taken from us during this lockdown.

What have Londoners said about your win?

It has meant so much to me when people in London have said how much they enjoyed the race. I think I also have to be grateful that the race itself came down to the wire, and was very different for people to follow than many grand tours that are decided a long way to go, because this engaged a whole new audience and, I’m told, made it very exciting. Cycling as a whole has done so well this year, simply for surviving, but also for providing three months of very engaging and interesting racing. The Tour for example... I was very engaged with, which is not something I have been in a few years. It was great to watch.

Do you think it was just by chance that this exploit of yours happened in Italy, not somewhere else? It seems there is a special bond between you and this country: why, in your opinion?

I don't know. But I can answer that I am very happy that it did. Like I have said previously, the Giro has a very special feeling to it, as does racing in Italy. It is something I have always enjoyed since my very first race as a Junior in Lunigiana. I can still remember the feelings of that race, and the victory, how much it meant to me. And they are very different feelings to almost a decade later, that I experience now. 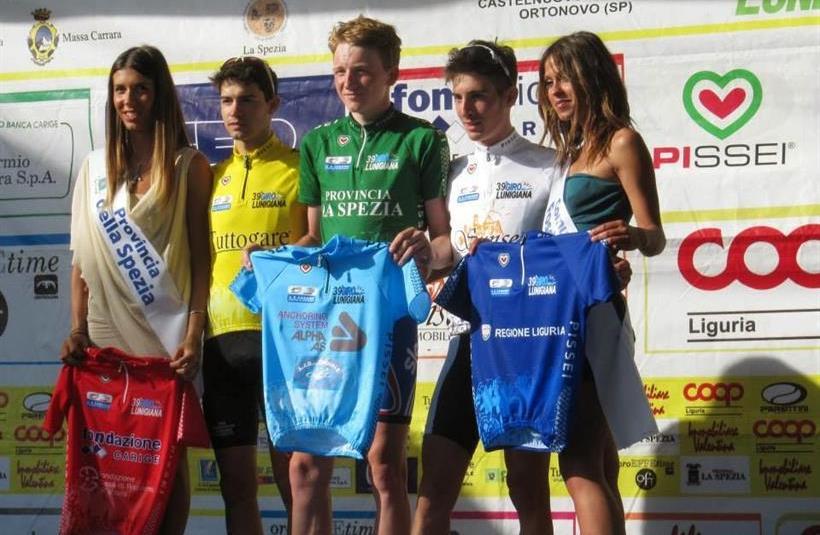 And finally to the most important thing: Italian food. We have joked with you a lot about your crostata passion, but now let’s be more detailed.

I think I have to be careful, because of course a lot of my exposure to Italian food is from the London food scene, which is often a slight 'British' interpretation, even if served by the truest of Italians.

Don’t worry for now: nobody in Italy has read this interview yet... So let’s start: can you list three of your favorite Italian dishes?

In no particular order:

It seems that you could talk about food for hours and hours...

Yes, I think these are the best memories of food: who you share it with, and how. That is what I love more about Italian cuisine than the food itself, the social side of it, bringing families and people together. We can learn a lot from this in England, because we are establishing a very dangerous (modern) culture of eating on-the-go, or not taking time for a proper meal, at a table, in the traditional sense. I think these moments are to be cherished and not forgotten in the 21st century life of screens and a million and one things to do.

Grazie guys. All the best. 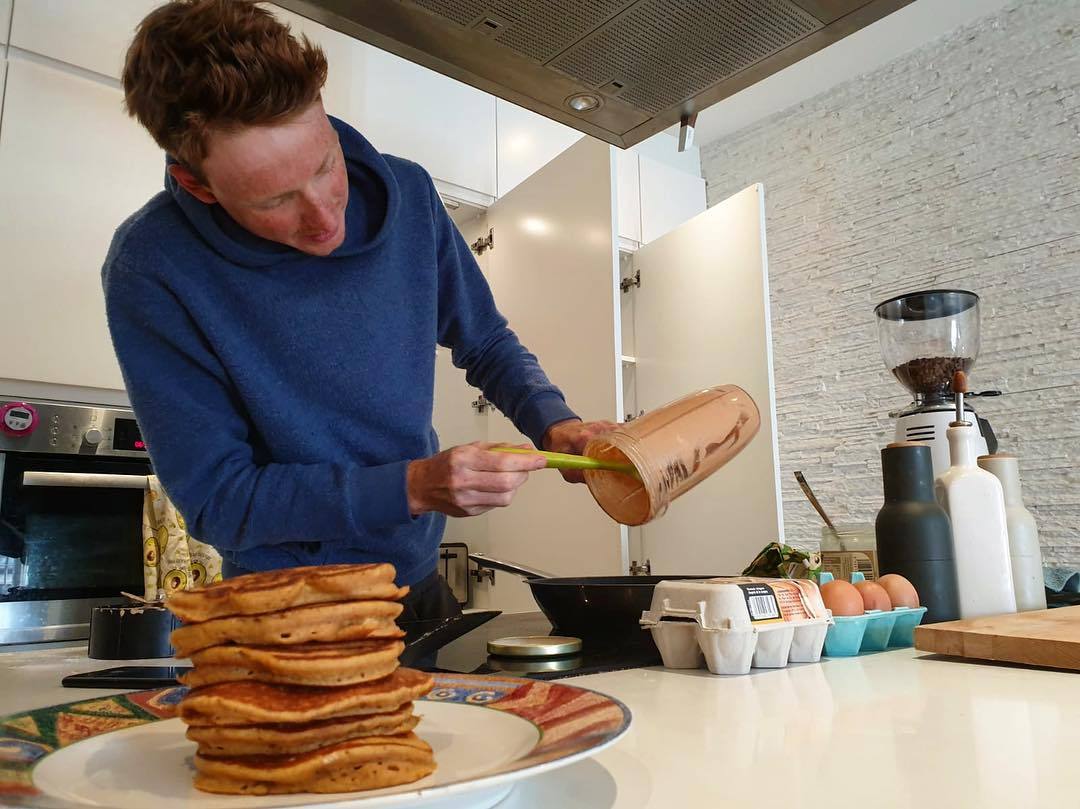